The unthinkable happened sometime in 2001, when Napster got taken offline. It was my lifeline for ‘good’ music, as I was in my teens and figuring out what I liked and didn’t like. I came across a fairly obscure rework of “Tom’s Diner” by Kenny Blake on MTV Partyzone, and loved it. Napster hooked me up with a downloadable version, and it’s a tune I’ve listened to off and on for almost 2 decades since. 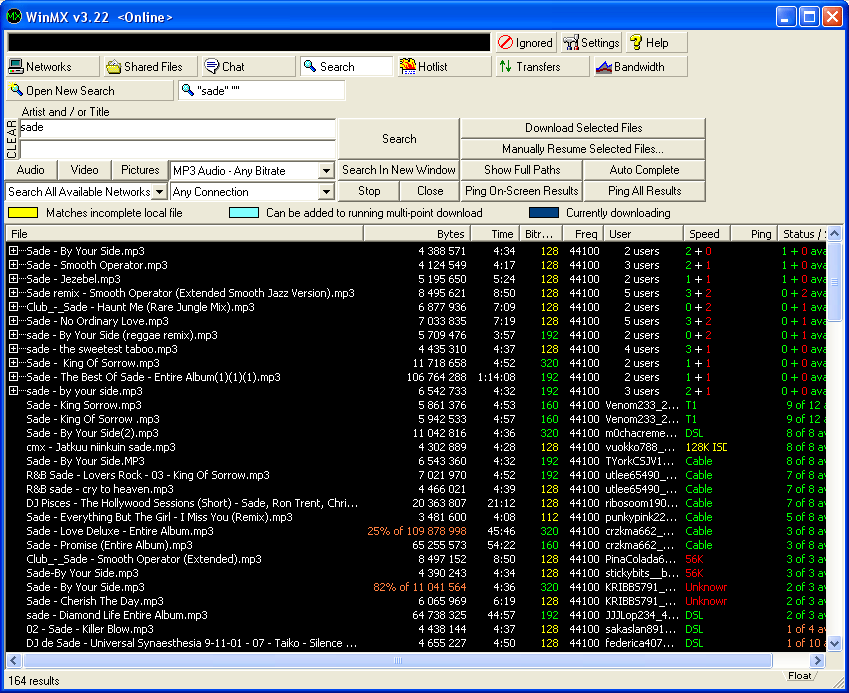 When Napster went down, there was no BitTorrent or Megaupload to take its place. P2P was the only way to be able to download music on the Internet back then. It would be a year or so before I discovered WinMX. I remember having no choice but to try my luck at various shady-looking “free MP3 download” sites, where clicking on a song’s download link would take you to yet another unscrupulous site, with another link to click. Sometimes you’d get lucky and nab the full song. I think I picked up a few 2pac tunes this way.

Other times, you’d be asked to download a scary looking .exe file that did god knows what if you opened it. But the worst of them by far were the links that would be a legitimate MP3, but when you played it back, it would only have the first verse and chorus, which would be looped enough times to match the original song’s length. Absolutely infuriating when you consider that a song took 30 mins to download over dial-up, assuming no breaks in the connection.

Once WinMX arrived though, my tastes had changed. I’d been listening to trip-hop, dance and alternative, and by late 2002 my searches were very different. Here are some of my favourite downloads during that time.